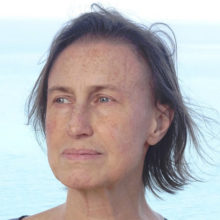 Isabelle Bloch, a Researcher and Professor at Télécom Paris since 1991, is currently working on the mathematical modeling of spatial relations in the LTCI laboratory, as part of the IMAGES group.

She builds mathematical models, which are then incorporated into algorithms to help interpret images, medical images especially. Applications in this field include the methods that Prof. Bloch offers to doctors to help them analyze and interpret images. To that end, she models the spatial relationships between objects and incorporates them in the analysis and interpretation process, to guide segmentation. This consists in  limiting the search area, to identify the contours and surfaces of an image’s different objects (here, organs or diseases) and to recognize them.

Prof. Bloch uses spatial reasoning, based mostly on algebraic methods such as mathematical morphology, fuzzy sets, logic. This research has many applications, especially in the field of medical imaging. Close collaboration with hospitals leads to diagnostic support, surgical planning – with less invasive surgery, care plans, monitoring programs and so on.

Prof. Bloch previously worked on data mergers. This process combines a range of data derived from images of varying origin that relate to the same problem and improves decision making on how to observe the object. This work on mergers now forms part of data processing tasks in various fields, including in current research on medical imaging and spatial reasoning.

Prof. Bloch was awarded the Blondel medal in 2008, which recognizes outstanding work from a young scientist each year.