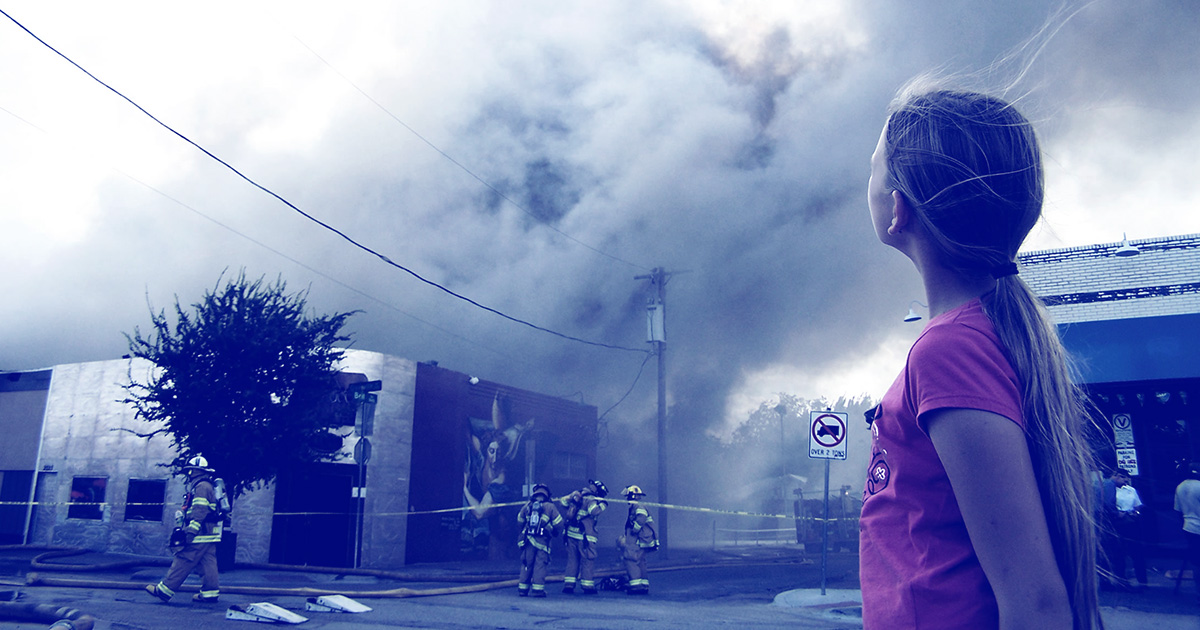 Anyone can see the extent to which natural and technological disasters take over the daily life of a country’s citizens. Crisis management tools have long existed but they have not been updated significantly for many years. In order to meet one of the challenges involved in protecting the public, the French ministry of ecological transition has just launched a mission to modernize the country’s risk culture. Caroline Rizza, associate professor at Télécom Paris is a member of that mission.

Sadly, news in France include many major events, such as flooding in the Roya and Vesubie valleys, hurricane Irma in the Caribbean, a fire in the Lubrizol chemical plant in Rouen or the pandemics we have been experiencing for almost a year now.  The reasons for disasters may be natural or human-made but many victims could be avoided with better information being provided to people, better understanding of risks, the implementation of best practices and the development of a true risk culture.

Those are the aims of the new mission announced by Barbara Pompili, Minister of Ecological Transition, and led by Fred Courant, known to the French public for his scientific program C’est pas sorcier (“It’s Not Rocket Science”) and for the science culture platform he founded, L’Esprit Sorcier (“The Spirit of Rocket Science”). The mission has a committee of five academic and professional experts, specialized in communication, behavioral science, digital technologies and crisis management, including Caroline Rizza, associate professor in information and communication sciences at Telecom Paris.

Her research, which is carried out in the Interdisciplinary Institute on Innovation (UMR 9217), currently focuses on how digital technologies contribute to crisis management and especially on the digital skills of key players in a crisis, institutions and individuals alike. Since 2018, she has been coordinating several studies on that topic, including the ANR MACIV project: “Management of Citizen and Volunteer: social media in crisis situations”. The project addresses the technological, institutional and community challenges involved by social media and aims to incorporate grassroots initiatives into the crisis management process. The results will serve to develop a program module, in order to incorporate these initiatives into a crisis management program,  RIO-Suite (IMT Mines Albi).

Caroline Rizza’s two-fold and expertise on crises and digital technologies will make for deeper thinking in the committee of experts, regarding both the information and organization aspects contributed by social media, as well as grassroots initiatives taking shape on this virtual public space. “During the Nice terror attacks of July 2016, for example, taxi-drivers responded immediately by helping to evacuate the people present on the Promenade des Anglais. A few months earlier, during the Bataclan attacks in 2015, Parisians opened their doors to those who could not go home and used the hashtag #parisportesouvertes (#parisopendoors).   […] There has been an increase in these initiatives, following the arrival of social media in our daily lives, which has helped them emerge and get organized online as a complement to actions that usually arise spontaneously on the field.” (source: The Conversation)

The new mission should modernize the existing tools and processes in order to lead to better acculturation of population to hazards and to more involvement from the public. It will therefore help protect the public and also raise awareness of the tangible consequences of climate change. The mission will be submitting its report, with its recommendations, in June 2021.